How do you choose a name that appeals to the people you want to attract to build homes in your subdivision?

A lot of time and effort goes into the naming of an area. Sometimes it’s best to ask for help in the form of a contest! This excerpt is from “My Heart’s in the Highlands” by Ken Tingley.

“Magrath and Holgate needed a name “that will suitably designate this property and be consistent with the high class of residence that will be erected as it has been decided to place a building restriction of $2,500 upon the sites.” No lots were to be sold until the name had been selected. It was reported that already this large property, bounded on the south by the North Saskatchewan River and on the north by Alberta Avenue, was “rapidly being cleared by the new owners….”

Such contests were fairly common in the years before the First World War. The month before, on February 4, the Edmonton Daily Capital and Saturday News & Alberta Homesteader, offered a grand prize of a $600 Nordheimer piano for the “candidate” who obtained the most new subscribers for the Capital. There was another piano as second prize, and an array of “district prizes.” This contest, in the newspaper favoured by Magrath, Holgate & Company, was probably the inspiration for the contest. 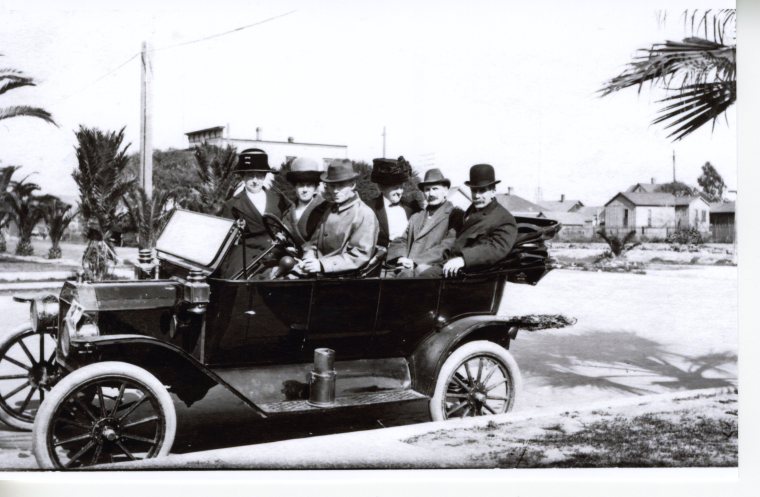 People came to visit the new subdivision of the Highlands by car and by tram.

Daily advertisements appeared in the local newspapers, warning that only five days, four days, three days remained to enter the contest. The contest closed at midnight the following Saturday, September 17. On September 19 the five judges were to meet “in a private room, and after being locked in securely will open up the huge lists of names sent in and then each coupon will be thoroughly examined.” These five prestigious judges were Judge H.C. Taylor; D.S. MacKenzie, Deputy Minister of Education; T.M Turnbull, Manager of the Bank of Commerce; E.C. Bowker, Manager of the Dominion Bank; and H. Bewlay Stevens, the Advertising Manager of the Edmonton Bulletin.

Advertisements reported on 20 September 1910 that, “owing to the extraordinary number of Coupons sent in for our name contest, it is impossible to announce the winner until tomorrow afternoon.” Two contest entrants suggested the name “Highlands,” S. Loughlin and Mary MacKenzie, but after consideration Miss Loughlin won the prize since the other entry was dated September 9, and the winning entry on September 4. Miss Loughlin then called at the Magrath and Holgate office, was identified, and awarded the gold. “The prize is now on view in our window,” it was announced. “The Highlands” became the official name for the new subdivision on the autumnal equinox, 21 September 1910.”