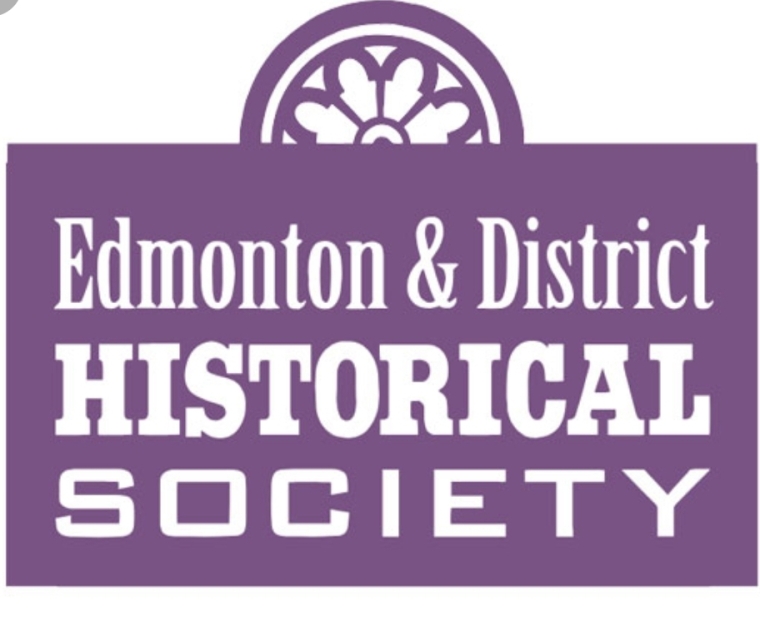 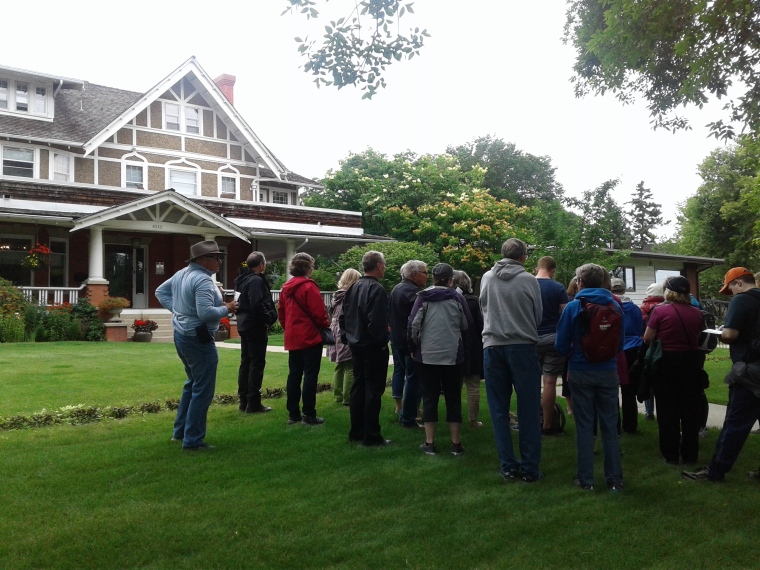 We hosted a walking tour on July 6 where we introduced a record 54 people to our historic houses. Hosted by society board member, Robyn Fowler, guests began their journey back in time in front of the magnificent Magrath Mansion. From here, the theme of “why” is set. Why did Edmonton become so important in Western Canada? What role did this area, now known as the Highlands, have in developing the city? From here, we introduced the Magrath-Holgate company, whose magnificent houses are a deep-rooted part of our neighborhood’s character and is ever-present in our tours. 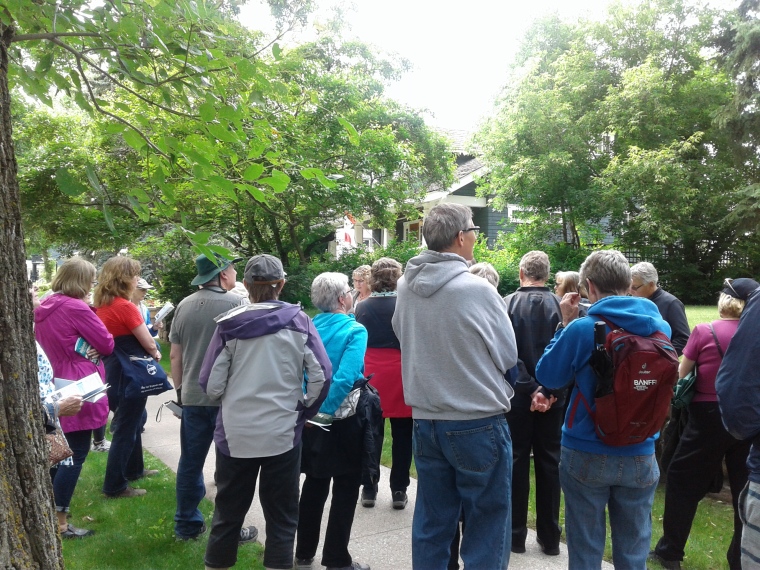 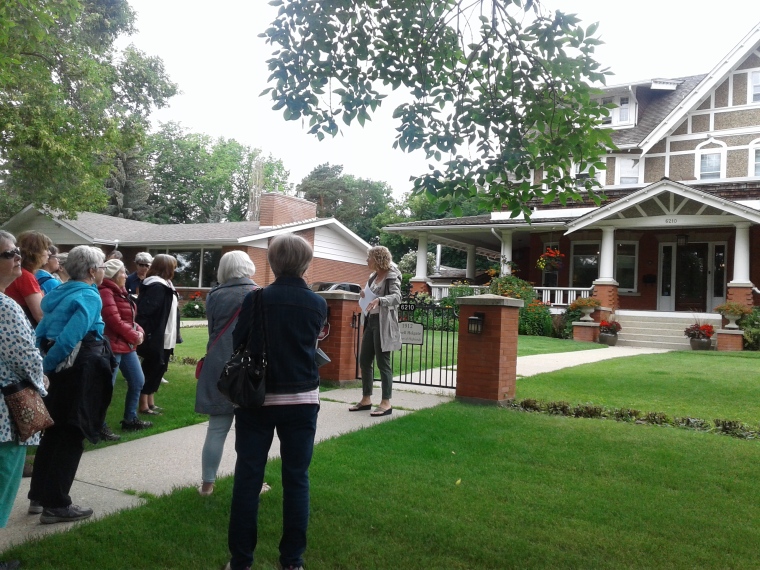 Our Society also held two bus tours, on July 2 and 7, where we broke another record of 65 people. Led by society board members, Bill Pick and Dustin Jussila, visitors were treated to a comfortable air-conditioned bus ride through our neighborhood as we continue to showcase the great history of our home’s street-by-street. Starting in front of the grand Magrath mansion once again, we drove our visitors to the most fascinating homes in our neighborhood, including the Owen Residence where we showcased the groundbreaking history of former resident Eda Owen – the war widow who took up the job of her recently deceased husband as a weather technician and, as a result, become the first weather-lady in North America, if not the world.

We hope that our guests take away a greater appreciation of the Highlands and its contribution to our city. Stay tuned for more exciting events this year! 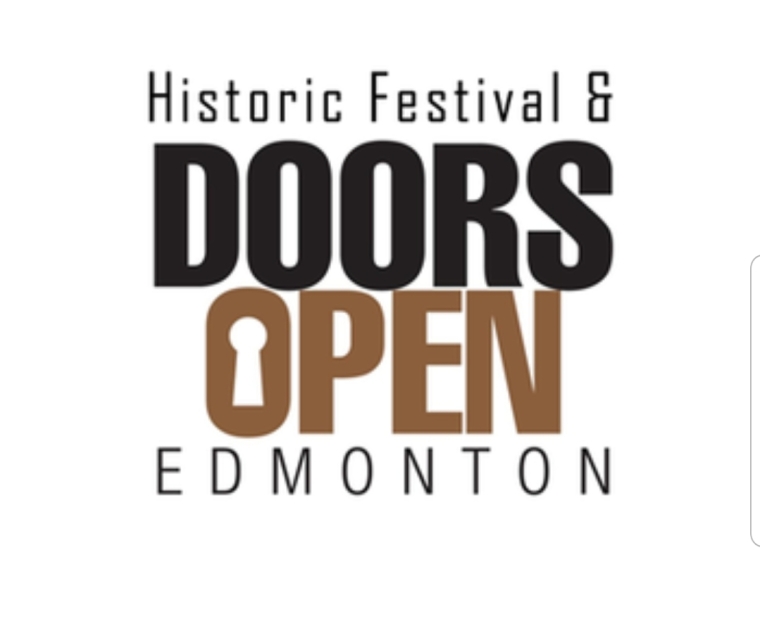